Johnnie and I are sitting in a fancy sushi restaurant in the capital of Bulgaria and having a chat. At the time he’s my boss and that particular day, he called me at 6 in the early evening, nearly begging me to join him for dinner so he doesn’t have to dine alone.

Johnnie is in his mid-forties, filthy rich and full of stories. As we’re going from one dish of sushi to the next one he starts telling me a story. A story so interesting, that now, several years later I decided it’s time to share with the world.

Johnnie is not Bulgarian. He’s born in a tiny little village and his family is extremely poor. His mom and dad work in the fields of the only rich person in the village and barely make a living out of it. Of course, he never wears nice clothes, doesn’t have a bicycle and even often works with his dad ever since he turned 7. When there’s no food in the house, there is no time for school. If you look at him nowadays, you would never guess his origins – he’s well-dressed- always according to the latest Italian fashion trends, owns several cars and multiple houses. His apartment in Sofia is in the finest area and is so big, he says, he often loses stuff in it. In the corner of his living room there is a grand piano and all walls are covered with pieces of art worth millions.

Of course, I can’t help but wonder how Johnnie made it from where he was to where he is today. So he tells me. When he was about 8 or 9 years old the boy of the richest man in the village got the most amazing bicycle as a birthday present. When Johnnie met him that very same day he started begging the boy for just couple of minutes on the bicycle. Given they were the same age and friends for a while, he thought there won’t be any problem. The rich boy however told him that he can only rent him the bike for 5 minutes, for the current equivalent of 5 euros. To our little hero, however, 5 euros are a lot of money and even though it accounted for all his savings, he ran home and went back to the boy with the cash.

Happy he got the chance to be on the bicycle he took a quick glimpse at his watch to see when his 5 minutes will end and hopped on it. Less than two minutes later as he passed next to the rich boy, the rich kid pushed him off the bike and shouted “Enough”. “But I still have three more minutes” – Johnnie claimed he was almost crying at the time. “You’re poor and dirty – I don’t want you to get my new bike dirty as well. Plus, what are you going to do?”

The rich boy was right. There was nothing that Johnnie could do. Even after he complained to his father, his dad explained that he can’t have a fight with the richest man in the village; it could endanger their (already fragile) financial situation.

This is what Johnnie felt at the time. And he decided he will never again be helpless. So he worked, fought, cheated; did everything it took to become rich and influential.

Johnnie is no longer helpless financially. He is, however, alone. And scared as hell. Scared, that he’ll always be alone.

Today Johnnie realizes that the status he fought so much for attracts only the wrong type of women, but this is the achievement of his life. He can’t pretend it’s not there and he’s certainly not willing to go back to the simple life.

Johnnie begged (literally) for my company many more times. I was the only person he knew who could not care less about his material possessions and listened to his stories without judging. I had my own selfish reasons: I am a storyteller and he gave me a lot of food for thoughts.

He once asked me how to meet a proper girl. I advised him to ditch the car, take off the expensive watch and go to a place he’s never been before: a library. Or a coffee shop where people read books. I told him that he needed to meet people who wouldn’t know who he was and what he has in order to find the one that would be interested in him as a person, instead of his possessions. He could not imagine doing this. “What are we going to talk about?” he asked me. Answering this question was pointless.

When Johnnie realized he had a crush on me, he was helpless again. All those years and efforts to gain riches flew out the window and his power and influence in society were worth nothing. Actually, they had scared him too badly and I wasn’t able to fix it. I wasn’t even willing to – I know that if someone has invested so much time in developing a certain area of their lives, this area will always come first.

Today (nearly 4 years later) I know that Johnnie is still alone. He still doesn’t know what to do about it and approaches only people that will be impressed by the glamour in his life. Without the glam, however, he’s just a normal guy with a damaged soul. A soul he neglected for so many years while working on accumulating riches.

I will end this story with a quote and as for you – you are free to make your own conclusions. 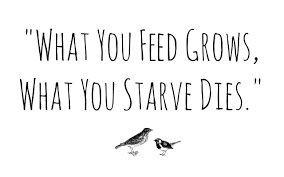 Is this picture (of Johnnie) yours? If so, it’s been stolen by someone called @Darren_Mills on Twitter. He’s using that face to spread hateful messages and recently made international news for a very stupid tweet (about the Declaration of Independence).

Hi Scott. Thank you for the comment. No, the picture isn’t mine as it wasn’t appropriate to post a photo of the person I was referring to in this story. The picture is a stock photo from Pixabay.