Everyone who knows me is aware of my fascination with the Second World War. If you’re wondering why I would be interested in such horrific events, the reason is simple: I believe that if we can learn from other people’s mistakes, we do not need to make our own. And this is exactly how I see the events from these days – a series of horrible mistakes.

After I paid a visit to Auschwitz in Poland when I was barely 17 years old; my interest grew even more, which is why I could not restrain myself from going to the Nazi Concentration Camp in Nis as soon as I found out about its existence.

As usual the English version of Wikipedia is poor in information (mildly put) and even misleading regarding some events, so I really want to tell you the story that our tour guide told us. 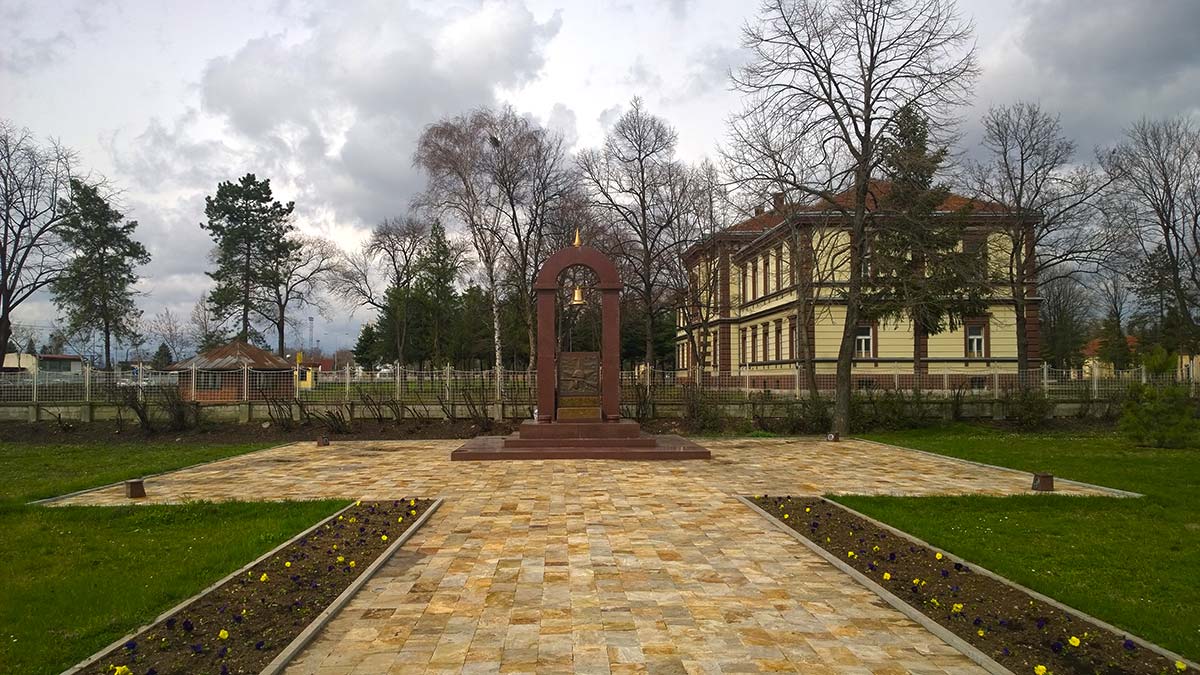 According to some sources, the camp in question was named The Red Cross concentration camp after a railway station nearby. This cannot be more wrong. Actually, after the camp started operating in 1941, the elite of the city of Nis and its locale were all imprisoned due to their communistic beliefs (or even merely for suspicion of such). A large part of the people who were imprisoned there were free masons, people who ran the local charities and the local branch of the Red Cross Organization which is where the name of the camp came from.

I’d like to stop you for a second from reading further, to acknowledge the fact that this happened only 75 years ago. I think we should all take a moment to understand that we are not in any way immune against tremendous stupidity nowadays, if only a handful of years ago our grandparents were capable of such incredible cruelty.

The concentration camp in Nis is not amongst the largest ones, yet more than 30k people were executed there (or on nearby Bubanj hill).

While we were walking inside the main building our tour guide showed us the windows painted with ugly brown color – Nazi’s way to prevent prisoners to see what is happening outside in the yard. We saw one of the sleeping rooms, preserved exactly as it was when the camp operated and I still get goosebumps remembering the barn-like settlement inside, where 50 to 150 hostages had to find a way to rest at night.

We were “unlucky” as a large part of the main building was closed for preservation during the time of our visit but our tour guide didn’t spare us the information about the top floor of the building where the most important hostages were held. To make sure they are well tortured, Nazis covered the floors of their rooms with spiked wires on which they had to live each and every day, awaiting for the moment they’ll be taken out and shot dead.

One of the most memorable events in the Red Cross concentration camp was the escape that took place on the 12th of February, 1942. Lead by one of the partisans held hostage, this was the biggest organized escape from a concentration camp until then. Here Wikipedia got it wrong again, claiming it was only 50 something people that managed to escape. The truth is that over 100 people gained their freedom while another 50 (about) were shot dead by the guards.

To punish the remaining prisoners, Nazis killed more than 850 people that year, amongst which all the Jewish and Roma hostages.

I’ll end the story here and to answer the usual question: is it worth visiting? Abso-f*cking-lutely yes! It is not pretty, but it’s reality. It’s the reality of our parents and our grandparents. It’s the reality we can choose to forget and eventually repeat or the one we can learn from. It’s up to us.

Special thanks to Val & Kar for their amazing offer (check it here) and the fantastic car they provided us with for this trip!