Regardless of our travel preferences and attractions of interest, we all have that one bucket list item. Whether we want to get lost in translation amongst the neon lights of Times Square, explore the quirkiest museums and galleries in the world, or pursue our dream career within its enormous job market, New York always manages to appeal to all. What is it that makes New York so attractive? Surely, it’s not the only city with a vast skyline or a great variety of cultures. The answer is simple: It has the whole package, the combination that forms the perfect harmony inside the chaos. Here are some important factors that contribute to New York’s ultimate appeal

If you want to wake up in a city that never sleeps, just like Frank Sinatra did, you have come to the right place. From its public transportation to its entertainment and food scene, everything is always accessible.

Did you know that 36% of New York’s population consists of internationals? We are not just talking about a specific ethnic group. You can easily find people of any nation by walking around in the city for a day.

While New York is too large to walk from one end to the other, that doesn’t hold you from exploring its lively and safe neighbourhoods on foot.

Just like everything else, New York holds the number one spot in the international​ food scene. The chefs who graduate from prestigious culinary schools end up opening their businesses in New York. So, you are more than likely to have an unforgettable fine-dining experience.

How can a city so chaotic can be home to the most tranquil parks in the world? While Central Park is certainly the pearl of New York, there are many other parks that shouldn’t be underestimated. Bryant Park is a great example because of its indigenous trees and unique architecture.

New York can turn any rundown place into a vibrant hub. Many neighbourhoods were gentrified in creative ways, where damaged buildings were renovated.

According to recent surveys, New York has the highest number of theatres in the world, with more than 600. This number surpasses those in Paris, London, and other metropolises.

Who can argue the lyrics “concrete jungle where dreams are made of“? New York’s massive financial scene and inspiring atmosphere open the gates to individuals from different fields aspiring to become young professionals.

The ferry routes along the East River, Upper Bay, and Jamaica Bay not only provide a relaxing afternoon but also the opportunity to spot the iconic bridges and the skyline from different angles.

New York’s cultural diversity is unrivalled, but some groups have created their own neighbourhoods that will make you confused as to which continent you are in. There are two Indian neighbourhoods and three Chinatowns, where you can experience the most authentic sides of both cultures.

The city is like an open-air X-factor. From the energetic dancers in the subway, and free performances of Shakespeare plays at parks to musicians with quirky talents, there is always a surprise around every corner. Who needs to pay hundreds of dollars to watch a single performance?

Besides being one of the most branched and convenient subway networks in the world, New York’s underground boasts artworks from renowned artists like Vik Muniz, Roy Lichtenstein, and Romare Bearden. The Grand Central Terminal is on another level of sophistication with its majestic art on the ceiling.

Whether you are travelling from Canada to Africa or from Europe to South America, the most affordable flights are usually those that fly through New York. This makes New York a perfect travel destination that you can include in your trip even if you didn’t intend to do so.  In any case, New York flights are the most feasible for setting foot in the US

If you have a celebrity crush who you’s like to meet, you are in huge luck. Sighting a celebrity in New York is easier than spotting elephants in a safari park. All you have to do is spend a few hours around Central Park, Broadway, and Union Square.

Let’s not kid ourselves, we all want photogenic pictures of ourselves against Brooklyn Bridge, St Patrick’s Cathedral or the Statue of Liberty. These are only two of New York’s many instagrammable spots, so bring your best camera along and make sure to charge its battery.

A side benefit of the cultural diversity in New York is the frequency of street events, parades, and protests. From the New York Pride to climate strikes and protests, anything that takes place in New York is as impactful as it can ever get.

There is nothing more promising than ending an action-packed day with a cocktail against New York’s iconic skyline. The abundance of high rises makes New York heaven for rooftop gatherings. From the large and popular ones like 230 Fifth to smaller ones like Pod 39, almost all of these bars offer stunning views of New York, including the Empire State Building.

New York is the heart of fashion just like everything else. Many distinguished designers have their showrooms in New York to show off to the celebrities. Not only you can find the most elegant designs, but you can also find clothes for every budget and taste. Brooklyn is especially ideal for affordable shopping and quirky vintage shops.

This one is for the book worms. One of the best ways of avoiding the hustle and bustle of the city is to visit one of its libraries. With many of them including New York Public Library, the third-largest one in the world, you are guaranteed to get lost among the endless options of literature.

How does the city that never sleeps stay awake all the time? The simple answer is coffee. With 240 coffee shops only in Manhattan, New York boasts a vast variety of coffee culture. You can either walk into one of the many Starbucks branches to study and read your book. Alternatively try one of the third-generation coffee shops to taste coffee prepared by incredibly talented baristas, who use unique coffee beans you may have never heard of.

We talked about food previously; however, New York’s pizza has always a special place in hearts. In fact, the pizza culture in the US originated in New York, when the first pizzeria of the country, Lombardi, was opened to the public in 1905. Large, crispy, yet affordable pizza slices became increasingly popular ever since. It wouldn’t be an exaggeration to say that New York is the pizza capital of the New World.

As if the previous items were not enough to convince you about New York’s irresistible charm, the city has an abundance of cats. You may not see them on the street, but you will encounter them taking up corners of bakeries, coffee shops, patisserie and many other small shops around. Think of them like furry store assistants working for free. 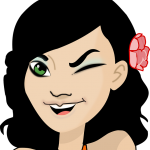 Sandra Hayward is a technology freelance writer. She spends a good deal of her time following tech startups, new technologies, and researching existing technology. When she’s not wearing a writing cap, Sarah likes to volunteer at a local homeless shelter in Toronto where she lives. Sarah also likes talking a walk with her dog in the evening. She can’t resist the urge to take her bike out for a spin over the weekends.